a solid or hollow spherical or egg-shaped object
that is kicked, thrown, or hit in a game.
~~~~~

While a good read, sadly, Things We Do In The Dark does not live up to The Butcher also by Jennifer Hillier.

Paris Peralta has been arrested and is headed for jail after the murder of her celebrity husband.  As bad as going to jail appears, it is not what worries Paris the most.  Her main concern is the unwanted publicity which will undoubtedly dredge up her past that she has worked so long and hard to hide.

Twenty-five years earlier her mother Ruby was convicted of murder.  Ruby is not a nice person.  She knows Paris’ real identity and has threatened to reveal all if Paris does not supply Ruby with money.

As I said at the top, Things We Do In The Dark is a good read.   However, it seemed rather slow and took a while to link both storylines together.

As previously mentioned the first  Jennifer Hillier book I read was The Butcher, which lived up to its thriller description which, in my opinion, Things We Do In The Dark does not.

If I could rate Things We Do In The Dark as a three-and-a-half star read, I would.

However, as that is not possible,

I have decided to rate it as a

unwilling to work or use energy.

I’m not sure that they are unwilling to work.

However, they are careful about when and where

they expend their energy. 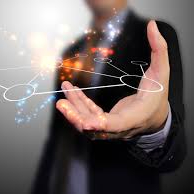